This story about wives matching up to the mother-in-law´s standards is real and we need not go blind on it.

Kiss 100´s vocal presenter, Kamene Goro has just been to hell and back. Right from relationships, to mother-in-laws. It does get worse.

During their conversation in regard to ´wives and mother-in-laws´ the curvy radio personality revealed that she was ever compelled by her ex-fiance´s mother, to match up.

Speaking with co-host, Andrew Kibe on ¨The Morning Kiss¨ show, she added:

She used to hate me. So she would send in food to the house because she did not want him to eat my ‘bad’ food. I confronted her to stop it and then it became a war. She later moved to calling my house girls and commanding them on how to make food for my husband.

Additionally, there is this pressure of siring children that if it does not happen, you will easily be deemed ´infertile´. Let´s not even delve into the story of specifically siring a son.

So Kamene´s mother-in-law went to the extent of using black magic on her, just to not get pregnant.

I was a young frustrated bride. She even went to the extent of calling the watchman and requested him to be told when I leave the house so she can send a house girl to put charm under the bed so that my husband hates me and we do not get children. It was bad.

Apparently, today, the single lass would be celebrating her 3rd wedding anniversary but she remains grateful she actually never said ´yes´ to her tycoon of a husband.

I was to get married on this day three years ago but I dodged the bullet otherwise, I would have been miserable today. I would have been in Tanzania right now with a lot of money even if I was not working, but miserable and not able to live my dream. 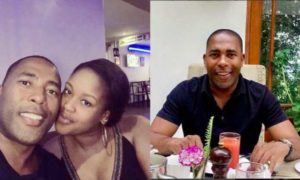 Yes, very flashy lifestyle, but would she be internally gratified?

Lord Mayor of London in Nairobi, announces Sh1.15b aid for businesses : The Standard

Four reasons why arguing with bae turns you…

Corazon Kwamboka won the prize when she got…

Cannabis rules in sport should be reviewed- World Athletics chief : The standard Sports