– Greenwood, Rashford and Daniel James all could not find the back of the net

Man United’s hopes of bouncing back to winning ways were on Thursday night, October 3, dashed after settling for a barren draw in a Europa League clash against AZ Alkmaar.

The Red Devils are yet to win in three of their most recent matches, with two ending in disappointing draws.

But having won their Group L opener against Astana at Old Trafford, they were hoping to build on the momentum away at AZ Alkmaar, only for the Dutch side to force them to a barren draw.

Ole Gunnar Solskjaer rung a couple of changes of that drew against Arsenal, with Mason Greenwood returning to the fold in the absence of Anthony Martial and Marcus Rashford. 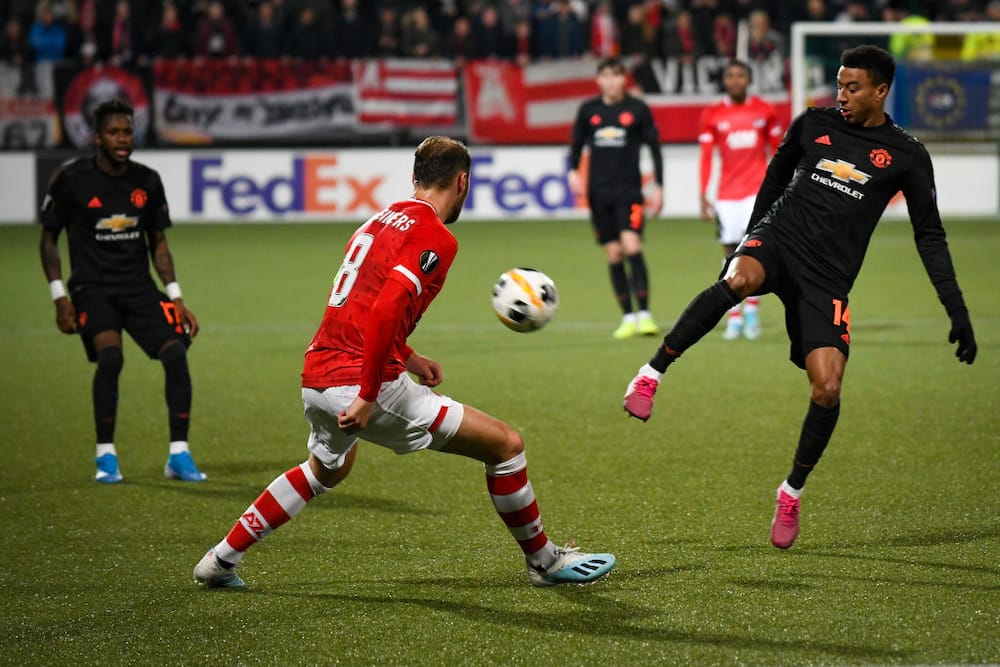 However, the youngster , alongside Daniel James and Angel Gomes all fired blanks despite James having an early scamper down the left-hand side a minute into action.

Aware of the danger, the home side announced their presence in the game and almost took an early lead only for Boadu’s effort to be ruled for an offside as the first half finished 0-0.

The second half of the match saw Solskjaer introduce Rashford in place of James, but the Englishman made little or no impact.

The encounter eventually finished 0-0, with both sides sharing the spoils in another frustrating night for Solskjaer.

United however remain second on Group L with four points, with Partizan topping the group.

Weight loss: The new fasting craze and why it might be bad for you