Bomet governor Hillary Barchok is a mysterious man whose deal to export tea to Iran is yet to be made public to Bomet residents. Barchok who has been on record saying they have done an agreement with the government of Iran to export Bomet tea
directly to the country, is now an issue of concern to both residents and the national government. Agriculture cabinet secretary Peter Munya has challenged the governor to come clean and explain how the deal was done yet the government was not in the picture. 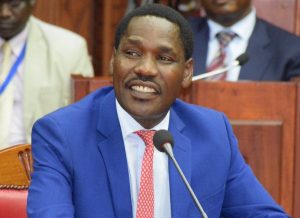 Barchok is now a troubled man who is appearing to have done a business deal privately and to complicate the
matter, no Kenya Tea Development Authority directors were invited when he officially launched the deal in his Bomet office.
One of the KTDA directors disclosed that they were earlier invited to witness the launching of the deal but because of issues in the sector, it was not clear who the governor invited between those who had served as directors before and the current ones who are yet to take over as directors in their respective factories. 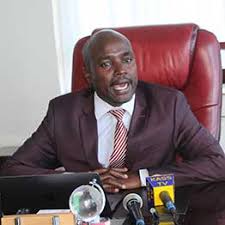 Though there was confusion on who the genuine directors were, no management of KTDA attended the launch except directors of a private factory. The launch was to take place at Motigo Tea Factory but was later moved to Bomet governor’s office where it was done with Iran ambassador Jafar Barmaki attending the ceremony. In what was seen as a suspicious deal, a lorry that was flagged off in the guise of transporting the tea to Jomo Kenyatta International Airport to be flown to Iran was not opened to prove if indeed the tea was inside. The Agriculture CS has demanded to know how the county signed deal since there was nothing being traced even at the Mombasa auction.

Bomet tea farmers had confidence with Barchok leadership after he promised them to export Bomet tea directly to Iran but nothing is coming up. An inside source in KDTA rubbished Barchok move to export tea from Bomet farmers he can only do so if he has a deal with a private tea company without the knowledge of poor farmers. According to multiple sources, the debate is becoming too hot for Barchok and unless he clears his name, his opponents will have a weapon to use against him in next year’s general elections when defending the seat. It is interesting why the governor did the launch in his office instead of at the factory. There is no reason for people to associate the deal as a private business, a source close to the governor said.

Anerlisa – A Man Is Not Supposed to Beg From His Woman