Carlos Beltran, who was implicated in the Houston Astros’ cheating scandal this week, stepped down as the Mets manager on Thursday, less than three months after he was hired, the team announced.

“We met with Carlos last night and again this morning and agreed to mutually part ways,” the team said in a statement.

Beltran’s decision relieved the team of the burden of deciding whether to dismiss or suspend him on their own, even before he held his first practice.

Beltran on Monday was named as a central figure in M.L.B.’s scathing report on the Astros’ cheating scandal, but he was not punished by the league because he had been a player at the time.

But as the Mets deliberated over the past three days, the decisive steps taken by the Astros and Red Sox in dismissing their own managers, both of whom were also named in the report, made it more difficult for Beltran to remain in a position of authority.

The Mets hired Beltran on Nov. 1, giving him his first job as a coach or manager after a standout 20-year career as a player. But less than two weeks later, a report in The Athletic revealed that starting in 2017, when Beltran was an outfielder for the Astros, the team had coordinated a cheating operation to illicitly steal opposing teams’ signs using video feeds and then communicate them to their own batters.

M.L.B. conducted an investigation and determined that the primary figures in designing the operation were Beltran and Alex Cora, who was fired as manager of the Boston Red Sox on Tuesday for his role in the caper while he was a bench coach for the Astros.

M.L.B. also suspended Astros Manager A.J. Hinch and General Manager Jeff Luhnow for allowing the scheme to happen under their watch. About an hour later, both men were fired by Jim Crane, Houston’s owner.

Beltran, however, was not suspended, because M.L.B. decided not to punish any of the players. That left a loophole for Beltran: He had committed the infractions on another team and not been punished, so he was technically free to manage.

But it would have appeared awkward for him to do so while Cora and Hinch — who lost his job for doing far less than Beltran did — had both been suspended and fired.

In November, Beltran told The New York Post that he had not been involved in the Astros’ scheme. That was contradicted by M.L.B.’s report, which said that Beltran was at least a consultant in the affair.

“Approximately two months into the 2017 season, a group of players, including Carlos Beltran, discussed that the team could improve on decoding opposing teams’ signs and communicating the signs to the batter,” the report said.

Jeff Wilpon, the chief operating officer of the Mets, and other front office employees were at the team’s spring training home in Port St. Lucie, Fla., on Thursday for a ceremony honoring the former player Mike Piazza. The address of the training facility was officially changed to 31 Piazza Drive.

Before the news broke that Beltran had stepped down, Wilpon refused to answer questions about his status. “Does that have to do with Mike Piazza?” he responded to a reporter when asked about Beltran. When the reporter replied that it didn’t but was a relevant question, Wilpon snapped, “No, it’s really not, we’re talking about Mike Piazza Drive today.”

Although M.L.B. did not punish any players, its report seemed to carve out a special status for Beltran as the only player named — even though many other Astros players were either involved in the scheme or aware of it.

According to a person with direct knowledge of the investigation who requested anonymity to discuss details that had not been made public, Beltran was named because he was a central figure at the outset of the operation.

And Beltran was more than just a typical player. He turned 40 in 2017, his final season of a career that was widely considered worthy of Hall of Fame consideration when he becomes eligible in 2022. He spent the 2019 season with the Yankees as a special adviser to General Manager Brian Cashman.

He was an influential and respected leader on the Astros, almost like a player-coach. According to the person with knowledge of the investigation, he was also closely involved, along with Cora, in the initial setup of the scheme. It is not clear whether he was a part of the day-to-day execution of the plan.

Best And Cheapest Estates To Live In Nairobi With Affordable Rent. 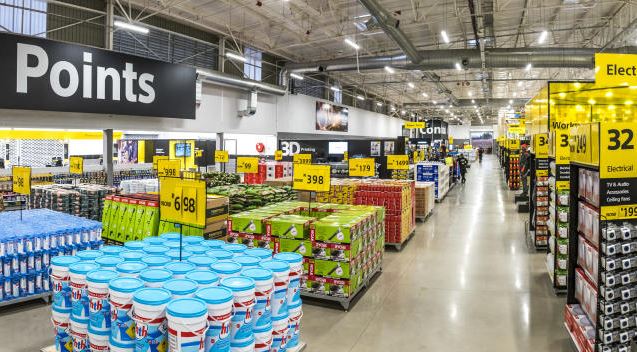