Mombasa county assembly has resumed business after a short recess with the swearing in of Solomon Ngugi as ODM nominated MCA replacing late Mohamed Hatimy. ODM’s decision to nominate Ngugi has not been received well by party supporters who claim he is a foreigner or mwanabara yet the seat was held by a native and a Muslim for that. Ngugi was escorted to the county assembly by chief whip Junior Wambua who is Chaani MCA and nominated MCA Moses Onido.

Assembly speaker Aharub Khatri presided over the swearing in of Ngugi which was witnessed by Senator Mohamed Faki, ODM county branch secretary Geoffrey Busaka and acting county secretary Joab Tumbo. Assembly clerk Salim Juma presented him with books and documents pertaining to the assembly guidelines. Majority leader Hamisi Mwidani who doubles up as finance, budget and appropriations chairman, led the assembly to congratulate Ngugi on being nominated as MCA. He said Ngugi is a product of the local party branch and is a good example of earning a reward for being loyal to the party. The entire fifth session of the ninth sitting was reserved for Ngugi’s congratulatory messages. 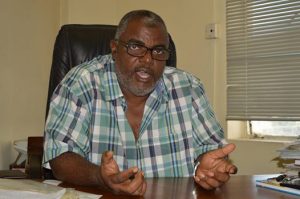 In his maiden speech, the nominated MCA thanked ODM party leader Raila Odinga and his deputy Hassan Joho who is also Mombasa governor on behalf of his family and the entire ODM Nyali constituency for the nomination to fill the slot left vacant following the death Hatimy. Ngugi also thanked the ODM county branch for supporting his nomination. In his remarks, the speaker said the day’s business was to administer the oath of office to the newly nominated MCA. Khatri said Ngugi’s nomination had been gazetted through the Independent Electoral and Boundaries Commission. Before the county assembly adjourned, the speaker led the house in a one minute silence in respect of the late Hatimy.