A section of Kisii county residents have faulted the senate petition by Reuben Mageuzi against the county government as being
malicious, fatally defective and mischievous. In a petition tabled in the senate and committed to the committee on Devolution recently, Mageuzi, claiming to be a resident of Kisii, faulted the county government for alleged impropriety, procurement
issues and failure to give public information. But Kisii residents Danstan Anyona and Elijah Ondima observed that the same person, Mageuzi, had launched a similar petition against Nyamira county government in 2019 thus putting his sincerity in doubt. “The current petition against Kisii county is a replica of the one Mageuzi launched against Nyamira county in 2019, only that the topic and name of respective counties have been altered,” observed Anyona. They noted that in the Nyamira petition, Mageuzi indicates that he is a resident of Manga ward in the county while in the case of Kisii, he claims to be a resident of Kisii. Speaking to Weekly Citizen, Ondima urged senate to carefully deal with the trivial petition and avoid being used by characters who are hellbent on using established legislative systems for selfish ends. 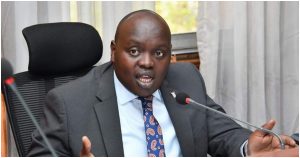 “Before going to details raised in the petition, it is important for senate to first establish the motive behind the habitual petitions against the counties by the same person to avoid being used by characters hell bent on using established legislative system for selfish ends,” said Ondima. The constitution of Kenya gives fundamental freedoms to citizens in a bid to safeguard their right to good governance. Article 37 and as provided under Article 119, states that any citizen can petition public authorities such as parliament as per the petitions law No 12 of 2012. However , Anyona observed that while the architects of these laws designed it as a tool for safeguarding the rights of citizens, “it is emerging that some may explore the flexible rules on petitions for selfish interests and ulterior agenda”. An analysis of the petitions Tracker and Hansard records of the senate by Weekly Citizen reveals that on October 5 2016, the petitioner Mageuzi presented a petition to the senate alleging corruption in appointment, promotion and re-designation of staff in Nyamira county. The labour committee of the senate took up the matter but did not proceed with it after the petitioner abandoned it on grounds that the issues he raised had been addressed satisfactorily. 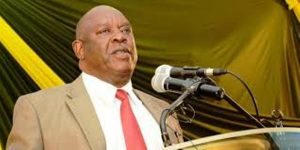 Three years later on the June 13 2019, the same Mageuzi was at the senate yet again with another similar petition against the Nyamira county government. In the said petition, he indicated that he was a resident of Nyamira hence his interest to probe issues in the petition that he cited as the state of corruption, procurement, recruitment, abuse of office and marginalisation. Again the said petitioner failed to proceed with the petition when the senate committee sat to investigate the issues he had raised in the petition. Instead, Mageuzi wrote to the senate committee on Justice and Legal Affairs and Human Rights in February 2020 with intent to withdraw the petition, again. This notwithstanding, that Nyamira governor now deceased, John Nyagarama, had presented himself before the committee to face his accuser and address the issues he had been accused of. Then chair of the senate committee on justice, legal and human rights and Nandi senator Samson Cherargei whose committee was seized of the petition, issued summons against Mageuzi for his sudden turn around. The senate read mischief in the petition and the petitioner. Mageuzi was reprimanded and summoned before the Senate in March 2020.

Prior to these, the petitioner, according to sources had filed several other petitions against Bungoma and Kakamega counties which were declined for failing to meet requirements of petitions. This time round, Mageuzi who in the previous petition against Nyamira county indicated he was a resident of Nyamira, is now claiming to be a resident of Kisii county in the latest petition against Kisii county government, alleging corruption, nepotism and procurement issues. As his guns are trained on Kisii county, the contents of the petition reads like a revised edition of the Nyamira one. Here, his motive then comes to question. He had abandoned the petition which he had presented through Senator Okong’o Omogeni against Nyamira county government which turned out to be frivolous and described as a fishing expedition by the former Nyamira governor, the late Nyagarama. Ondima said that the trail of petitions show that Mageuzi is not only a professional petitioner, but is vexatious, a gun for hire whose intention may be extortion and a mouthpiece for political detractors.