Troubled Homa Bay county secretary Isaiah Ogwe has reportedly gone into hiding ostensibly to evade the dragnet of investigators pursuing corruption cases at the county. Weekly Citizen has details how the anti-graft agency confiscated his
vital documents apparently aimed at aiding the investigators to attach some of his property believed to be proceeds of corruption.

An insider who requested anonymity confirmed Ogwe’s predicament but was quick to attribute the latest raid to area women representative Gladys Wanga said to be frustrating her perceived political rivals through his connection with a senior government officer. Both Wanga and Ogwe are aspirants for the Homa Bay gubernatorial race hence the existing bad blood between the two leaders. A source familiar with the happenings at the corruption-ridden county loudly questioned how Wanga would influence the arrest of the corrupt officers yet the bodies charged with dealing with the cases operate independently. 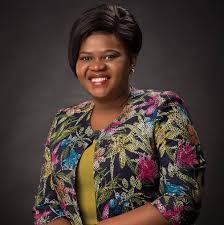 Attempts to reach Ogwe over the allegations of the raid were fruitless since he could not be reached on phone, with new revelations that his phone has remained switched off from the time he was visited by the antigraft sleuths. The raid drew mixed reactions given that Ogwe has been over the years been treated as untouchable officer despite numerous corruption
allegations with word that he infiltrated the investigation agencies and therefore was assured of full protection. A section of Homa Bay residents point at the deep rooted corruption as chiefly responsible for sluggish development with billions of shillings said to have been lost through money minting rackets put in place by the notorious cartels. 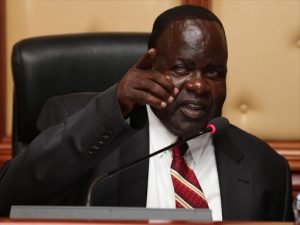 According to sources, Ogwe has usurped nearly all the procurement authority to himself rendering the procurement office function to purely ceremonial. Those privy to his operations state that Ogwe manipulatively became more powerful than Governor Cyprian Awiti and ensured that he took full control to the shock of deputy governor Hamilton Orata who appears lonely and voiceless. To achieve this, he is blamed for orchestrating a deadly rift between Awiti and his deputy. For starters, Ogwe had been previously implicated in the embezzlement of Sh2 billion at the Homa Bay county, a matter that attracted the attention of the Directorate of Criminal Investigations. 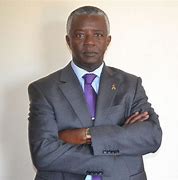 During that time, he was summoned to appear before the detectives on Kiambu Road, Nairobi, alongside the then finance and economic planning CEC David Okeyo, accountant Noah Isoche and Joseph Rading among others. Sometimes last year, your favourite Weekly Citizen reported the drama that ensued when Rading was appointed to Siaya public service board. Those who were against his appointment cited the Sh2 billion Homa Bay saga said to be haunting him to date

This is What’s Trending in Nairobi Today