Hussein Mohamed, Kenya’s top political show host, will be leaving Citizen TV after a 10-year stint. The talented news anchor announced his departure on Friday affirming that he relished his experience at the leading media company.

“I have decided to take a break after October In Sha Allah to concentrate on other matters. Loved the fans, the critics and everything in between. See you soon,” he said.

Mohamed will be leaving Citizen TV at the end of the month. He has been hosting the News Night show on Tuesday. Before that, he was host of the Big Question news segment. 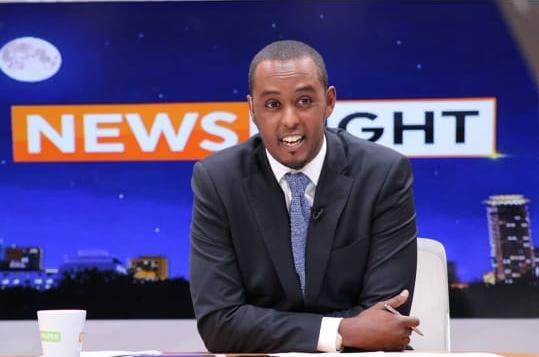 The political news anchor is known for his hard-hitting interviews and has hosted top leaders including President Uhuru Kenyatta, his Deputy William Ruto, ODM leader Raila Odinga among others.
In 2016, he interviewed Israeli Prime Minister Benjamin Netanyahu on the Sunday Live show. The PM’s trip was the first by an Israeli leader to Africa in 50 years. Mohammed began his career at Royal Media Services as a political reporter and rose up the ranks.

He has been described as a no-nonsense, impeccable, objective and candid journalist and won the male media personality of the year award last year. Together with Citizen TV’s Jamila Mohamed, the two were feted at the Somali Glamour Awards.

WhatsApp may soon let you send messages that self-destruct

Kenyan Farmers Among Thousands to Benefit From Sh630mn…

43 year old man in court for defiling a minor – KBC 43 year old man in court for defiling a minor – KBC