A woman took to social media to plead with the users to help a homeless man who has been living in the street for eight years.

Kuda Chigariro revealed that she had been driving past the young man for two years now, She had tried to help but all was in vain. 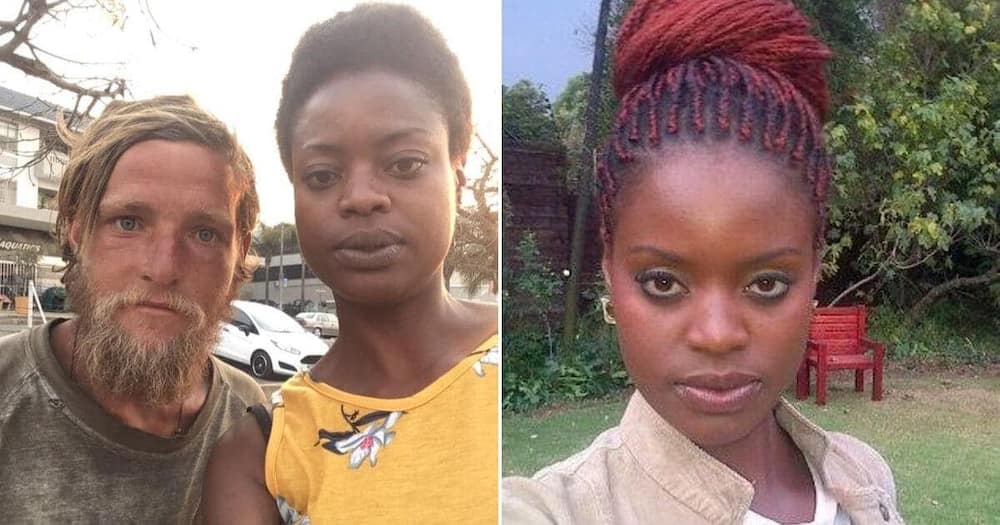 READ ALSO: 26-year-old woman falls in love with 49-year-old DJ who performed at her wedding

Chigariro detailed how she came across the young man and how his story touched her.

“Today, he was standing at the traffic lights on Beyers/N by Impala, in South Africa. I made small talk asked after his friend who had “disappeared” the last time I saw him. He then told me he had gone to rehab in Potchefstroom. While the traffic light was red, he managed to tell me enough for me to make a U-turn and park,” she wrote.

The 25-year-old man identified as Jonathan Prinsloo has been homeless for about eight years now and he has not spoken to his family in half a decade.

“He has been sober for some months now, but has no idea how to save enough to get home. He is not sure if his parents are still there, and there is obviously an emotional battle too. The contact numbers he had for his family do not work. He would love to be re-united with his family. If anyone has information, please contact his parent/family.,” said Kuda.

Social media users were in awe of Chigariro’s kind acts and they applauded her. Some of the sampled comments include:

Tammy Nelson –Kuda you are an inspiring young woman. I plan to do this a lot more with the people we see at various intersections… Black and white alike…”

Annelle Marx Venter –Wow Kuda Chigariro you are an inspiration. You gave us answers to our questions and I must say he has the most beautiful blue eyes – open face!!!! Please let us know the happy ending!!!!”

Alet Engelbrecht de Swardt: “Thank you Kudo for taking the time to help this young man. You give me hope for our country.”

Andrea Faye Davidson: “Thank you Kuda! You are indeed a beautiful person!”

Carmen Tina Schnider: “Kuda you are an inspiration. Tell us if it works out with his sister. Otherwise, you could start a go fund me and we all make a small donation so we can get him a train ticket to Potch.”

Rundown city estates lose the lustre they once had