The plot by Nasa trio to isolate ODM leader Raila Odinga through an exit from the coalition appears to have hit a snag following revelations of a range of legal bottlenecks should they choose to pursue the matter further. It is now emerging that the Registrar of Political Parties is likely not to effect the exit without tangible evidence of existence of dispute from Musalia Mudavadi (ANC), Moses Wetangula (Ford-Kenya) and Kalonzo Musyoka (Wiper). Sources told Weekly Citizen that this is the reason why the three parties have threatened to go to court. However, such a move is likely to backfire since the court could
demand that the parties exhaust internal dispute mechanisms. It is alleged that the three parties cannot legally execute the
One Kenya Alliance if the Nasa coalition agreement is still in force. Ordinarily, this explains the haste by the leaders to dissolve the Nasa coalition so that they can sign the OKA agreement. It is important to note that the OKA also has a problem with Kanu since the Gideon Moi led party has a coalition with Jubilee and cannot execute another pact with parties in OKA.

Fears of losing crucial leadership and committee positions in parliament forced Mudavadi, Kalonzo and Wetangula to abandon the idea. If the exit was to happen, ODM will take the minority leadership in the senate and the national assembly. Wiper MP Robert Mbui will lose the deputy minority leader in the national assembly while on the other hand Senator Mutula Kilonzo risks losing his minority whip position in the senate. It is against this background that the Nasa trio convened a meeting also attended by Gideon and a decision was reached that they remain in the opposition coalition, even as they strengthen the OKA. State House sources say that Uhuru Kenyatta is infuriated with the behaviour of the three Nasa principals over their persistent grumbling with ODM and igniting wars with Raila who is his handshake partner. It should be noted that the three principals opposed the handshake between Raila and Uhuru on the basis that Raila did not consult them and had betrayed Nasa supporters. However, Mudavadi, Wetangula and Kalonzo have gradually and quietly joined Raila in the handshake through the backdoor. 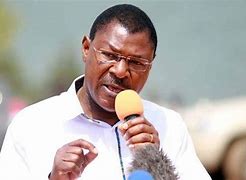 Many Kenyans are wondering what happened to their declaration that they will take over the opposition leadership but have instead chickened out and joined the handshake bandwagon. But what is even more interesting is how Mudavadi has always issued threats and maintained that he is the founder of Nasa that was officially registered by his party nominated MP Godfrey Osotsi. Mudavadi is said to be facing legal challenges in attempts to thwart Nasa agreement as Osotsi is already leaning towards ODM leader Raila Odinga. At the ANC party level, Osotsi was unceremoniously replaced by Barrack Muluka as the secretary general before the latter abandoned his role to join William Ruto’s camp. Weekly Citizen is informed that during the Nasa formation, ANC as a party was given a leeway to prepare a draft coalition agreement by the Nasa principals. Subsequently, Mudavadi presented a team that included his longtime friend, lawyer Dan Ameyo and his communications director Kibisu Kabatesi. According to sources well versed with the deal, those are the people behind the draft coalition agreement which was presented to the Nasa principals who in turn made approval with minimal amendments. A section of leaders within the Mudavadi camp now feel that the same group should be blamed for the current predicament facing Mudavadi and ANC in the Nasa coalition.

However, Weekly Citizen is in possession of an email from the former secretary general Osotsi addressed to Mudavadi and the legal team highlighting a lot of anomalies and gaps when the Nasa deal was being sealed. It has emerged that Osotsi in his email sent a day before the signing ceremony questioned the provisions on the now hotly contested political funds sharing. The vocal politician also questioned the provisions on sharing of executive positions including the premier cabinet secretary that had been allocated to Mudavadi. He further questioned the provision of sharing legislative positions among other issues and advised in his email that ANC party through Mudavadi should seek for amendments and refinement of the document before the signing ceremony. However, we are told that the ANC leader and his team which included Sabatia MP Alfred Agoi rejected the proposed amendments by Osotsi and decided to carry on with a promise that other issues were to be addressed after crossing the bridge. Pundits point out that the refusal to act on the advice of the former secretary general was a chief mistake that has now come to haunt Mudavadi.

On the issue of sharing of funds, there is a feeling that Ameyo and his team should be blamed after they failed to develop political parties funding regulations as an addendum to the main agreement. The regulations would have specified in detail how the funds were to be shared but in the absence of regulations, it has become difficult for the registrar of political parties to enforce the provision of political parties’ funds. Others however say that there was no need of such agreements because the leaders trusted each other and did not suspect that Raila would be dishonest. The provision on sharing of funds is ambiguous because it only says that the partner parties would share the political parties equally based on the presidential vote. But here is a scenario where the registrar of political parties decided to use the results of the repeat presidential elections held on October 26 2017, which Nasa did not participate in. This has however been dismissed by the three saying that the criteria is how many MPs, governors, senators and MCAs a party has and the understanding was that the four parties would share the fund even if not all met the requirement. 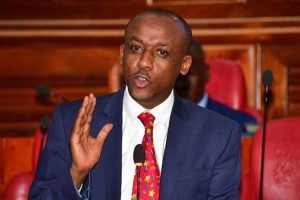 Pointedly, a decision of not participating in the repeat election was not made by Raila alone but all the Nasa principals, making it difficult for other principals to claim money based on the presidential repeat election. It is also instructive to note that Nasa parties fielded candidates against each other in most of the places across the country and a joint nomination could not be conducted across the country. ODM believes that based on this, it is a fallacy for the other Nasa principals to demand money from them pegging claims on seats which they jointly contested. Experts have noted that even if they went to court, ANC, Wiper and Ford-Kenya have minimal chances of winning against ODM for various reasons and if they did so, they are likely to get into murky legal wars. Raila’s confidence is drawn from the fact that parties like ANC and Ford-Kenya are embroiled in internally unresolved issues, some which are still pending in court. For example, the ongoing wrangle pitting Wetangula group and a rival group led by Tongaren MP Eseli Simiyu and Kanduyi MP Wafula Wamunyinyi is still pending in court. 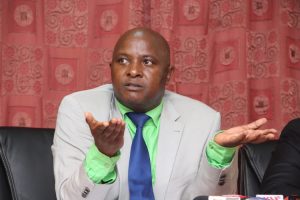 Wetangula is seen to be surviving on High Court orders that declared status quo meaning that though he is the party leader, his rival is still the legitimate secretary general of Ford-Kenya . Accordingly, this means that in case of any party decision, Eseli input would be required since he is the recognised secretary general by the office of the political parties’ registrar. Observers say that what further compounds Wetangula’s problems is the fact that the case is still pending in court 12 months to the next general elections. This could affect his ability to enter into any lawful coalition pact without being challenged in court and notably even the much hyped threats to exit from Nasa would require the involvement of Eseli. To that effect, Weekly Citizen is aware of a letter written by Wamunyinyi and Eseli to the registrar of political parties and copied to the Nasa principals warning them against entering into any negotiations with Wetangula’s group. It has also emerged that for ANC, the party is struggling to fill the position of the secretary general months after the exit of Muluka who joined Ruto’s hustler nation.

Diamond and his Mother Embarrassed Me Because I’m Poor, says Mzee Abdul