It is the intelligence that reportedly warned Uhuru Kenyatta against the dangers of last minute cancellation of his tour of ODM leader Raila Odinga’s backyard, Kisumu, to mark the Madaraka Day celebration. Sources confided to Weekly Citizen that some top government officials who were not comfortable with the concluded event had conspired to bank on the worrying Covid-19 situation to discourage the head of state from visiting Luo Nyanza. In particular, the powerful Interior cabinet secretary Fred Matiang’i, according to sources, was embroiled in a series of behind the scene moves aimed at frustrating the event that
however turned out to be the most successful compared to previous ones. Cancelling of the highly anticipated event would have
caused tension in the handshake between the two leaders. The military intelligence, just like in 2017 when they advised Uhuru to allow Raila proceed with his mock swearing in ceremony at Uhuru Park as the people’s president, this time round again noted that abrupt cancellation of the event despite the souring cases of Covid-19 in the region would have come with great political ramifications against the president. Uhuru has total trust in KDF and his confessed love affair with the military has seen him repeatedly urge Kenyans to emulate their discipline and integrity. 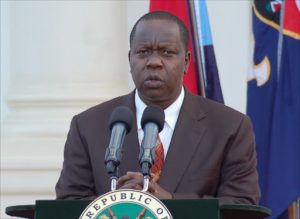 Matiang’i was at the centre of intrigues surrounding attempts to cancel the Kisumu event which came hot on the heels of the chaotic Bonchari and Juja parliamentary by-elections that saw Raila condemn the use of police to mete violence on voters and what he termed as arrogant display of impunity by a few overzealous and bellicose government functionaries. He was indirectly referring to the Interior CS. Matiang’i who ostensibly treated the Bonchari by-election as a launching pad of his political career, subsequently feared that Raila was intending to scathingly attack him in his speech during the Madaraka Day celebration. However, true to Matiang’i’s fears, he faced some frustrations during the event that was also attended by Burundi president Evariste Ndayishimive as well as South African cabinet minister Lindiwe Sisulu. Keen observers would have noticed that Matiang’i remained in the background during the entire period as opposed to the previous similar events where he played an active leading role. When the president of Burundi and First Lady Angeline Ndayubaha arrived in Kisumu, it was Raila and Foreign Affairs CS Raychelle Omamo who received them. Prior to the material day, Interior PS Karanja Kibicho was in place to clear the air following conflicting reports of the exact venue that was to host the event. 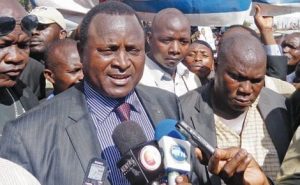 State House spokesperson Kanze Dena had earlier said they were considering changing the venue to Kisumu State Lounge over the rising cases of Covid-19, but Kibicho later assured that the celebration was to remain at the Jomo Kenyatta International Stadium in Momboleo as it happened. It also emerged that during Uhuru’s visit to Kisumu, Raila urged him to crack the whip on state officials who are tainting the image of the government through intimidation. Apparently, this was directed at Matiang’i following his perceived ruthless action during the by-elections. There are reports that his name was struck off the list of elders in his SDA Church Nairobi branch. Sources said that the decision was reached following sharp criticism leveled against him by various leaders in the past few weeks. Concerned that the accusations would tarnish the name of the church’s reputation, it is said that a decision was made to have him removed as one of the elders. There are also claims some leaders and elders from his backyard are also planning to petition the president to take action against him for bringing the community’s name into disrepute. In the meantime, concerns have been raised over Nyanza regional commissioner Magu Matindika perceived to have taken an open side in the raging war between Matiang’i and Raila. The remarks by the administrator against ODM regarding Bonchari by-elections did not go down well with Raila and his party members. 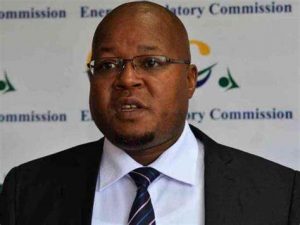 In a rejoinder to counter the party’s claims of a plot to use state machineries to rig Bonchari by-elections, Matindika issued a statement loaded with solid political undertone that irked the ODM fraternity and a section of his colleagues within the security system. He blatantly declared that the Raila led party had sensed defeat ahead of the by-elections. Contrary to his observation, Pavel Oimeke of ODM won the Bonchari by-election after defeating 12 candidates, including Matiang’i’s Jubilee candidate Zebedeo Opore. Pundits told Weekly Citizen that the regional boss went against work ethics by showing his political affiliation on the ground that he was furthering the interest of the ruling Jubilee party. He also went against the code of conduct for the service which says no officer shall engage in political activity that may
compromise or be seen to compromise the political neutrality of his or her job. Drama started when ODM accused the state, through the influence of a senior government official within the Interior ministry, of a scheme to rig the by-election in favour of Jubilee Party candidate Zebedeo Opore. The party had simultaneously lodged a complaint with the Independent
Boundaries and Electoral Commission over what is described as misuse of state agencies and a fierce letter written by its executive director Oduor Ong’wen complaining that administrators were openly campaigning for Opore.

“We wish to register our complaint with the commission following a series of well-calculated, planned and executed systemic activities by a section of the state’s administrative and security agencies, whose overall import is to adversely influence a free, fair and democratic electoral process,” part of the letter reads. The letter was also addressed to IEBC chairman Wafula Chebukati. A video clip in our possession shows a local chief directing his juniors to ensure that the Jubilee candidate was voted in the by-elections. In another photo, the regional county commissioner can be seen leading other administrators in a meeting that was also attended by Opore, who donned full Jubilee uniform. Bonchari saga highlighted talk of bad blood between the opposition chief Raila and Matiang’i said to be embroiled in a supremacy war as far as Uhuru succession game-plan is concerned. There are reports that Jubilee was reluctant to present a candidate for the Bonchari by-election in the perceived ODM zone as is the current norm courtesy of handshake but Matiang’i bulldozed ostensibly to prove a point of political maturity. Ironically, a host of ODM MPs from the entire region including the party’s national chairman John Mbadi decided to stay away from the matter and it is only their Kitutu Masaba counterpart Timothy Bosire who was vocal in condemning the act. A source told Weekly Citizen that most MPs were compromised and could not authoritatively speak out their minds on fears that the CS would use his influence to stifle development in their respective constituencies.