Karatina police have recovered a motorcycle Boxer make registration number KMET 819Y stolen from Nyaribo which was finally sold in Garisa in Eastern province.
Ndung’u Mathenge went to Karatina Police Station to report that his motorcycle was stolen by someone he suspected to have been his customer.
He explained that he had come from Nyaribo shopping centre in Nyeri municipality where the suspect approached him as a customer requesting to be taken home along Kabiruini-Witemere border. 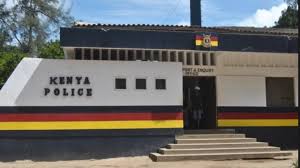 The paasenger was to pay Sh800 on arrival at Karatina where the suspect changed his mind as they reached Mathaithi junction. He paid Sh1,000 at destination.
While the cyclist went to an Mpesa shop looking for change, the suspect at once got hold of the motorist and drove off at high speed from Karatina town and finally disappeared as police shot five times in vain.
The police used a recording machine for three days to trace the movement of the motor bike along Thika-Garissa highway until it was found having been sold for Sh70,000 to another person who was found with it after the first suspect had disappeared to remain at large.
The incident attracted the local administration to convene a public meeting where cyclists were challenged to identify customers before carrying them anyhow to avoid likely dangers.
An assistant chief Mary Mwangi of Nyaribo sublocation convened a meeting to caution cyclists who assemble at Gitegi shopping centre along Kimathi-Chaka road waiting for customers to be on the lookout in order to avoid risks.
The local cyclists have complained about incidents of their colleagues who were hijacked while carrying customers and who were finally found dead and thrown on the roadside with eyes and private parts removed

The Trending Pics This Monday