Jaguar asked for permission from the DP to teach Owino another lesson when they return to parliament claiming he once beat him and can do the same again if allowed, referring to their October 2017 fist fight. 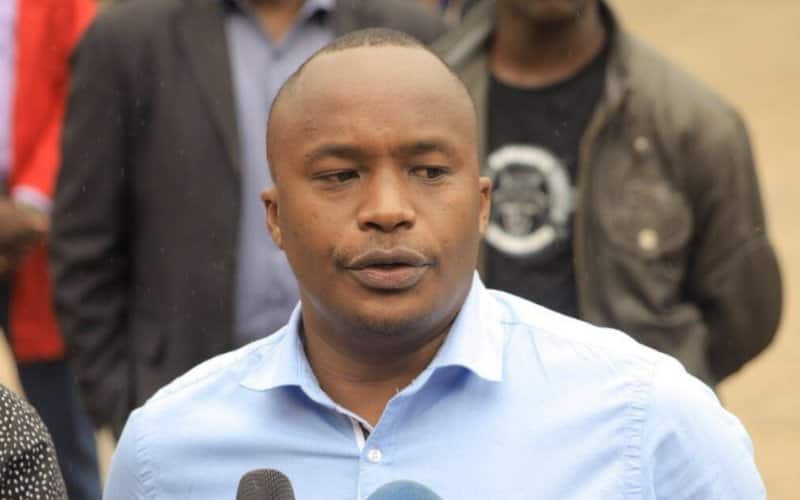 The singer turned politician while addressing the residents of Kayole on Sunday, September 22, declared war on Owino accusing the fellow youthful legislator of disrespecting Ruto.

“Your excellency (Ruto) there is a young boy called Babu Owino who insulted you recently. I am asking your permission to let me beat up that boy again and embarrass him, your excellency,” Jaguar pleaded .

READ ALSO: Tob Cohen: Confusion as late tycoon’s sister jets out of Kenya ahead of burial

TUKO.co.ke understands he was reacting to the Embakasi East MP’s recent onslaught against the DP who he demanded must respect his party leader Raila Odinga. 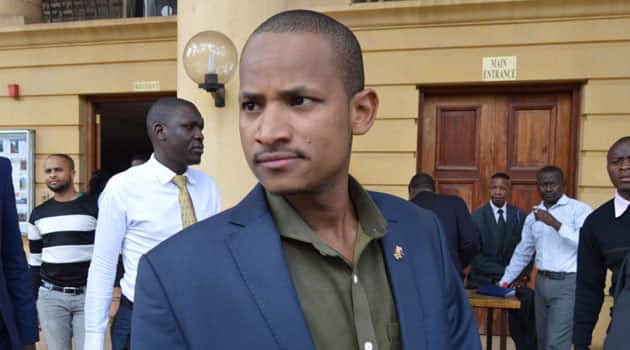 Embakasi East counterpart Babu Owino has in the recent days been attacking the Deputy President accusing the DP of being disrespectful to his party leader Raila Odinga. Photo: Capital FM.
Source: UGC

The MP accused Uhuru of betraying the famous March 2018 handshake by choosing to back the former Inter Millan midfielder and warned Raila to be careful.