Fiery Kajiado East MP Peris Tobiko’s declaration that she will be gunning for Kajiado county governorship in 2022 has taken incumbent Joseph ole Lenku and other aspirants back to the drawing board, amid her contention that the county has endured two anti-development governors since the advent of devolution.
Saying that time is ripe for a woman governor in this expansive, semi-arid region, the second-term lawmaker told a charged gathering in Ongata Rongai that Lenku is presiding over a corrupt, incompetent regime with misplaced priorities and lacking in development.
Drawing references to Kitui and Kirinyaga counties that are headed by women governors, the iron lady of Maasailand took the war to Lenku’s doorsteps, saying she believes she fits the bill in service delivery to the people of Kajiado. 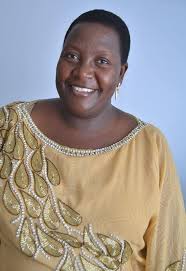 Charity Ngilu is the Kitui governor, with Anne Waiguru running the show in Kirinyaga. Until her sad demise recently, Joyce Laboso was on top of things in Bomet county. The trio navigated murky waters in the 2017 general election in the male dominated political arena to rise to the top in their respective regions.
In retrospect, Tobiko overcame a crowded field of male powerhouses in Kajiado East in 2013 to become the first elected MP in Maasailand. She would eventually pull all stops to retain her seat in the 2017 general election, leaving her male rivals in awe.
The lawmaker is campaigning on the platform of corruption, in which she fingers the governor for allegedly looting Oloolaiser Water Company dry to the detriment of thirsty residents who have little or no access to the all-important water supply.
Also on the MP’s firing line is Lenku’s skewed allocation of resources and opportunities attributable to the governor’s nepotism tendencies that she has repeatedly alluded to the high unemployment levels in the region.
It is alleged all senior – and even junior – positions in the Lenku administration are a preserve of the governor’s village kinsmen from his backyard in Kajiado East.
Lenku’s political tribulations have seen the emergence of Tata Alliance, a loose coalition that brings together Kajiado politicians raring to bring down the besieged governor. These include Tobiko, MPs Elijah Memusi (ODM, Kajiado Central), George Sunkuiya (Jubilee, Kajiado West), former Nairobi county assembly speaker Alex Mgelo and former Kajiado senator Peter Mositet.
Lenku’s predecessor David Nkedianye, wealthy former Olkejuado county council boss Taraiya Kores and businessman Antony Keen are also in contention to eject Lenku from the gubernatorial seat come 2022.