Despite the heavy cloud of corruption allegations and looming prosecution hovering above his head, besieged Nyamira governor John Nyagarama has shocked both friends and foe by attempting yet another brazen move to allegedly loot county coffers.

In a shrewd maneuver, the governor allegedly unleashed a much decried perfection of upfront looting of public coffers through fraudulent budgeting; an infamous corruption tactic that has bedeviled Kenya’s controversial national budget-making process.

This scandal has rocked Nyamira county government following unearthing of a plot by the leadership to craft and sneak through a supplementary budget. The governor has in recent days been continuously lamenting to close friends that his advanced age and seniority in society do not allow him to be arrested and paraded in court or remanded for any crimes. Part of his fear of being arrested and prosecuted emanates from his failing health that makes him fear the shock, anxieties and other extreme circumstances that hit one once arrested and incarcerated could worsen his sickness or even worse. 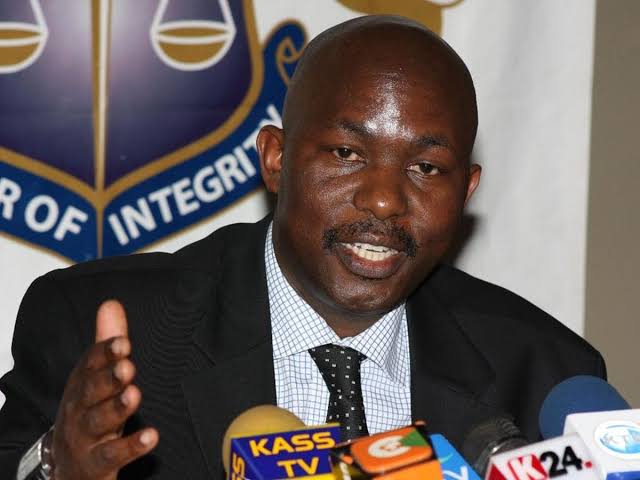 It is instructive that he is a key suspect in various cases of embezzlement of funds and abuse of office since becoming governor for which the senate has already indicted him alongside other culpable former and current governors.

This latest raid on Nyamira county coffers leaked out due to a bitter standoff between the beleaguered governor and MCAs over the sharing of the Sh279 million set in the supplementary budget. Both sides want the supplementary budget passed and shared instead of it going to finance the purposes documented. But they cannot agree on the sharing ratios.

Credible sources have it that an attempt by the governor to force through the supplementary budget ran into a hurdle when he discovered that the MCAs would not pass it without being compromised.

Some of the players in these big looting networks include businessmen and other busybodies dotted all over the county but who have been put on the county’s payroll as ghost workers-cum-contractors who receive huge amounts of funds and hand over to their county godfathers clandestinely, at agreed commissions. There are thousands of such at beck and call.

The most prominent player and beneficiary of Governor Nyagarama’s networks of family members and close associates is his favourite daughter by name Emilly who is known to have become an overnight millionaire since her father rose to governorship in 2013. So rich that the millions and property have gone to her head and made her unmanageable to the point of inability to stay with a husband. She is a fabulously wealthy single mother who thrives on coordinating the governor’s schemes.

His hasty offer to set aside a fraction of the budget for the MCAs was readily rebuffed with the MCAs prioritising their bare minimum as Sh100 million, upfront as they fear his trademark track record of shortchanging people on deals and agreements once his end of the bargain is bagged. They adamantly turned down his pleading to accept Sh50 million which he said he could readily raise.

The MCAs who have been blamed of regularly being compromised to spare the governor from impeachment or other corrective sanctions due to his many scandals have stuck to their demand for a Sh100 million bribe. In it they want the speaker of the county assembly to pocket Sh5 million and another Sh5 million for the majority leader. The minority leader would be given Sh3 million and the balance to be shared equally amongst the MCAs.

Though the deal is said to have flopped because the governor dilly-dallied on the requirement to pay the money upfront, sources say that the governor may soon just cave into their blackmail since he is a marked a man and he relies heavily on the MCAs for survival because he badly needs the funds to finance his delicate antigraft war survival tactics.

Senator Omogeni Momanyi’s silence both at the national level and in the county despite him being a lawyer has raised eyebrows amidst evidence that he is enjoying close working relations with the governor and that he allegedly is also a regular recipient of the governor’s financial generosity to the tune of Sh300,000 per month. A similar amount of Sh300,000 monthly payout allegedly goes to county women representative Jerusha Momanyi. Both payments are not done transparently as is required of all county government financial expenditures.

Corruption war is yet to bear fruit, report shows : The Standard Corruption war is yet to bear fruit, report shows : The Standard