A decision by veteran politician Betty Tett to contest the Westlands constituency seat is bound to raise the bar in an affair that was almost shaping up to be a duel between the Luhya sub-tribes of Bukusu and Maragoli. Pundits say that Tett is a shrewd politician with vast knowledge of city politics based on how she caused sleepless nights to former Westlands legislator Fred Gumo, despite his dreaded style of operations. Her return rekindles memories of titanic battle to control Nairobi politics. For starters, it was alleged that in 1997 and 2002 , Fred Gumo of the famous Kaa Ngumu who won the seat on Kanu and the National Alliance Rainbow Coalition tickets in that order lost to Betty only to be declared the victor after Tett bulldozing his way past returning officers who cowed and declared him the victor. 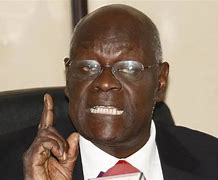 In an exclusive interview with Weekly Citizen, the former assistant minister for Local Government in retired president Mwai Kibaki government expressed confidence that she will be eventually declared the winner after 2022 general elections unlike in the previous elections when her victories were robbed. She is headed for a faceoff with the controversial Law Society of Kenya Nelson Havi and the incumbent Tim Wanyonyi who has served two terms back to back from 2013 when Gumo retired from politics. According to observers, her two competitors, Havi and Wanyonyi who are both Luhyas are banking on the fact that Westlands constituency is dominated by voters of Luhya origin.

It is said that Havi who boasts of having Maragoli roots is angling for Musalia Mudavadi led Amani National Congress party despite his close relationship with William Ruto. The reasoning behind his move is based on assumption that he will carry the Maragoli vote bloc in Kangemi area, Westlands and Parklands where majority of them do domestic jobs. At the same time he is banking on his close relationship with the second in command to bag Kikuyu votes. But the incumbent who is a Bukusu appears to be less concerned with the increasing number of his competitors pointing that it is their democratic to vie for any seat.

Tett told Weekly Citizen that voters in Westlands were associating her with projects she initiated over the years adding that her style of politics is not defined by tribe. It is against this background that she shifted political base to Lamu West constituency in the previous general elections. According to Tett, she will use her vast experience in leadership to improve the economic status of her constituents and by extension participate in discussions aimed at improving the general economic status of the country. “I’m a scholar and I have many years of experience in leadership. On top of that, I have also worked for NGOs, helping the less privileged in society. My plan is to use all my experience to change all that,” she said.