Richest men in Kenya and their net worth (Updated 2019) 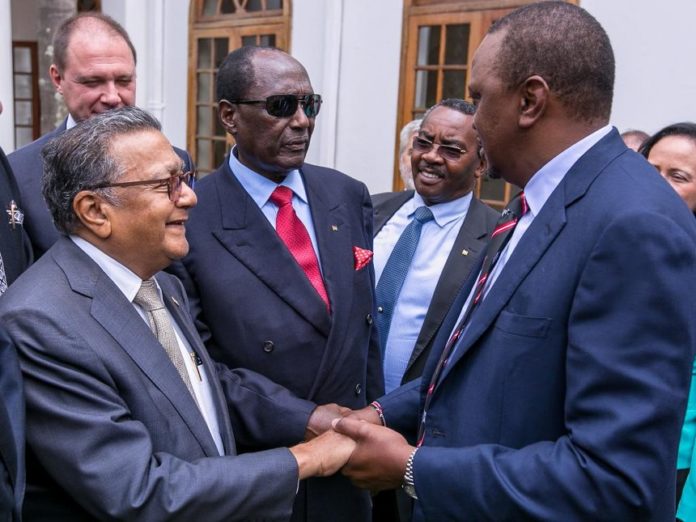 Who is the Richest man in Kenya? Two recent studies into fortunes of Kenyans have identified a small circle of the richest people in Kenya who control the bulk of the country’s wealth. The names listed here have featured top in a survey by London-based firm New World Wealth and also on Forbes.

Although the bulk of the wealth is controlled by just a few, another report from the Central Bank of Kenya indicates that the number of Kenyans who have Ksh 100,000 or more in their accounts stood at 1.1 million.

Here are the Top 5 rich men in Kenya:

Must Read: Most profitable businesses to start in Kenya

Industrialist Chandaria is the chairman of Comcraft group and is estimated to be worth Ksh 27 billion.

Ksh 27 billion is the equivalent of money allocated for paying all MPs and running parliament for one year, including providing allowances and other benefits the legislators enjoy.

Must Read: 9 Profitable businesses to start with Ksh20,000

Chandaria chairs boards of many government and non-governmental organisations in the country. Some of these include; Mabati Rollings, Kaluworks, Uganda Baati, universities as USIU, Technical, and banks as Bank of India, previously Standard Charted Bank, among others.

Kirubi, popularly referred as DJ CK is the owner of Capital Media Group and has a huge stake in Haco Tiger brands. He is the chairman of Centum Investment Group.

He is estimated to be worth KSh 29 billion. This amount of money can help Kenya Power connect almost all homes through its rural electrification programme.

Different reports put president Kenyatta either at position two or three. He is valued at KSh 48 billion with investments cutting across almost all sectors of the Kenyan economy. He owns vast tracts of land too.

KSh 48 billion can provide free education in Kenya complete with food and buying school equipment for one year.

Merali is the founder of the Sameer Group that deals in construction, agriculture, property, IT and finance. Forbes estimates that he is worth KSh 53 billion. Half of that amount, according to the Kenya budget 2015/2016 can modernise military and police equipment, lease police and prisons vehicles, provide all police officers with a medical cover.

Vimal Shah is said to be the richest man in Kenya at the moment. He is consumer goods maker and Bidco’s chief executive officer.

While Forbes estimates that Shah is worth a conservative figure of Ksh 68 billion, New World Wealth put it at a staggering Ksh 144 billion.

Other Wealthy Kenyans include:

Ethiopian Airlines Reports a 17% Increase in its Operating Revenues

How to Cancel or Replace Money Orders