Campaigns for the senate seat in Kisii county have taken a low profile since most holders of elective seats have failed their mandate and instead started chasing the top county seat held by Governor James Ongwae who has served for two consecutive terms with two different senators. The two senators, Chris Obure and Sam Ongeri, served as cabinet ministers in former president the late Daniel Moi’s regime. 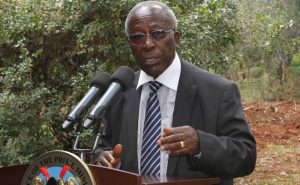 They competed during the 2013 general elections together with former South Mugirango MP Omingo Magara but the trio is missing from the picture because they are still focused to succeed Ongwae. During the recent Bonchari constituency by-elections, Magara introduced the little known Okeng’o Nyambane as the appropriate candidate for the senate seat. When Obure beat Ongeri (Jubilee) and Omingo (PDP) during the 2013 general elections, they both waited until 2017 when they faced off with the former Bobasi MP challenging Governor Ongwae and Ongeri easily won the seat after joining the ODM bandwagon. So far, Ongeri has started his campaigns for the gubernatorial seat.

But political analysts in the region have started shopping for potential candidates who can deliver because they feel let down by the current leadership. Among those eyeing the senate seat is Kisii Farmers Co-operative Union chief executive officer Robert Mainya. He is being credited for changes at the union since he took over besides his contribution to the community in education, youth and women groups. Other candidates, who contested for the seat during the last polls, include Samwel Mishael, Vinny Gekone and Richard Atemba. Dennis Orioki is also in the race.

No Elections Before BBI.. If Courts Fail, We Will Postpone Election