Twitter shareholders: Who owns the most shares? ▷ Kenya News

Twitter is a social networking and news platform that allows users across the globe to communicate in short messages known as tweets. After its creation in 2006, the microblogging platform has grown to be one of the most popular online networking sites. It is also one of the most publicly traded social media companies on the New York Stock Exchange. That has seen the number of Twitter shareholders increase exponentially since the company went public on 7 November 2013.

Who currently owns Twitter? During the quarter ended 30 June 2019, institutional investors bought a net of $23.2 million of Twitter shares. That brought their total outstanding shares to 71.74%. By breaking down the figures, mutual fund holders own 38.75% of shares in the company, other institutional companies own 32.99%, and individual Twitter shareholders own 12.13% of the company.

In 2006, Twitter co-founder Jack Dorsey had an idea of developing an SMS-based platform that allowed people to communicate freely and keep tabs on each other. He pitched the idea to various people, including Evan Williams and Biz Stone. The idea was perfect, and they referred to it as Twttr.

In March 2006, Dorsey sent the first-ever tweet on the platform by posting “Just setting up my Twttr.” Six months after the launch of twttr.com, the crew threw out vowels to determine which one looked ideal. They settled on Twitter because it is the sound made by birds, and the platform they were developing was all about people communicating. But since twitter.com was already available, they bought the domain name and changed the service to Twitter.

By 2007, Twitter was experiencing a surge in growth. That came after a South by Southwest Interactive conference. It was an event that saw people post up to 60,000 tweets per day, which helped to boost its popularity in America and around the globe. As of June 2010, people were sending 750 tweets per second on average.

READ ALSO: Best shares to buy in Kenya for profit 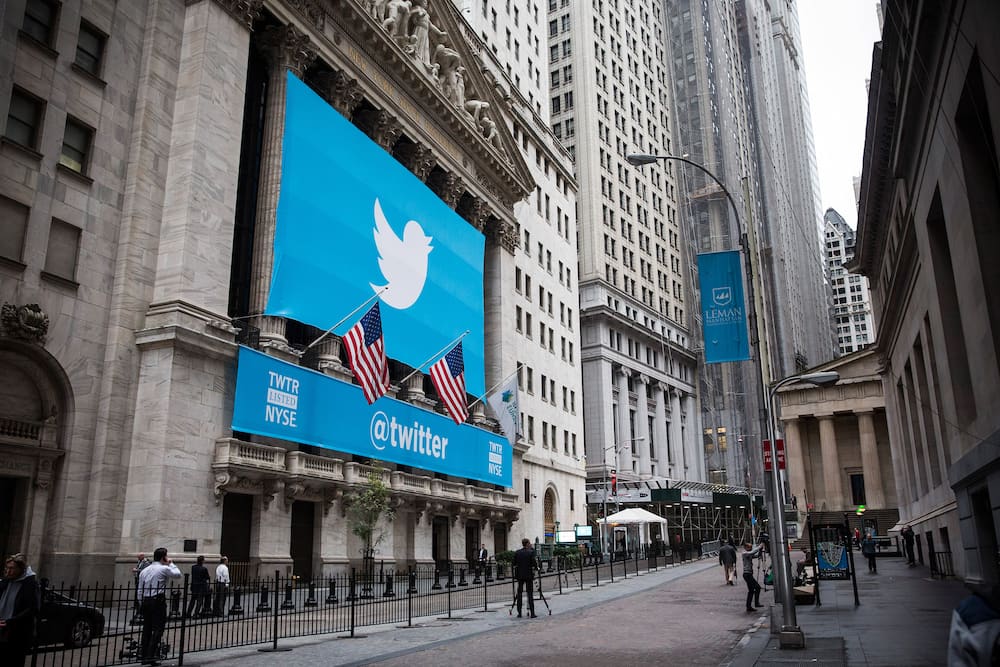 Here is a look at the five major institutional shareholders in Twitter, Inc.

The investment advisor has global assets worth about $5.2 trillion under its management as of 31 January 2019. Some of the services it offers include variable and fixed annuities, brokerage and trust services, financial planning, and asset management.

READ ALSO: How to begin online stock trading in Kenya

BlackRock Inc. is a global investment management corporation. It is one of the largest asset managers in the world. Some of its core services include balance sheet management, data, analytics, and financial modelling, capital markets and transaction support, enterprise risk and regulatory advisory, and bank investment portfolio services. As of 30 June 2019, the company had a total of $6.84 trillion in assets under its management.

Morgan Stanley is a multinational financial service and investment bank. The company’s core service is to advise, manage, originate, trade, and distribute capital for individuals, institutions, and governments. They achieve this through wealth management, offering investment banking and capital markets, sales, trading, and investment management.

State Street Corporation is a bank holding and financial services company. It is the 13th largest bank in America by assets and the second-largest custodian bank in the world. Some of the services offered by the corporation include asset management, research, advisory services, and investment management. Most of its clients are corporations, institutional investors, insurance companies, and mutual funds. 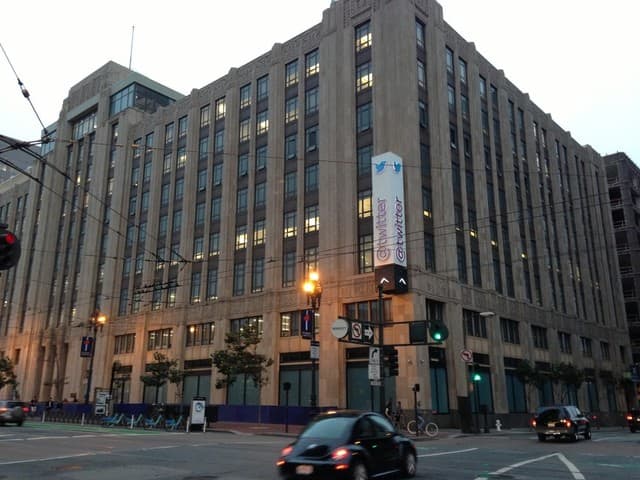 ClearBridge Investments is one of the leading equity managers in the world. The company’s strategies are available in managed accounts, collective investment funds, mutual funds, and commingles vehicles, offshore funds, and custom solutions.

For over 50 years, the company has offered its services to corporations, governments, and individuals. As of 30 June 2019, ClearBridge Investments had total assets of $146.4 billion under its management.

Twitter’s promoted products allow advertisers to market their services, brands, and other offerings by amplifying their online reach and visibility.

As of 16 October 2019, the Twitter enterprise value was $27.49 billion. Although Twitter Shareholders have invested billions in the company through the purchase of shares, it has never paid a dividend to them. That is despite the company turning its first annual profit in 2018.

Will my slow pace affect my career despite my expertise?

Cannabis rules in sport should be reviewed- World Athletics chief : The standard Sports