Wakali Wao, the duo that became a household name after releasing Madam alongside Boondocks Gang, has dropped a new jam and we are really feeling it.

This time around, the fast-rising artists have teamed up with a chap known as Lofe whom you might remember from his collabo with The Kansoul and Raj dubbed Inama.

Wakali Wao’s new jam with Lofe is titled Ringa and it basically talks about how the girl that a guy is chasing is never ready to give in to his advances. (At least that’s how I understood it.)

Both Iano Ranking and Kim Swat had some tight verses in this jam. However, as you would expect, I was impressed by the latter. He totally nailed it in my opinion. 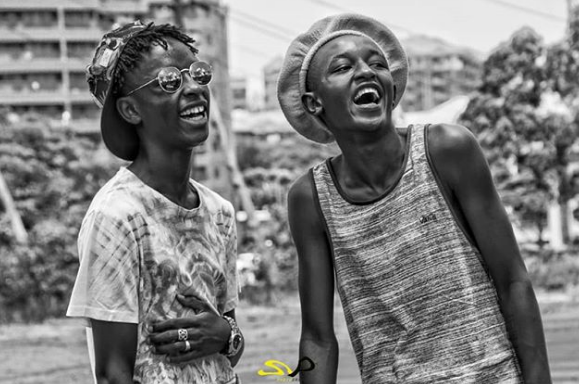 Lofe also aced it. There is just something about his voice that makes him stand out from other artists. You will listen to his part a couple of times and not get bored.

Other than the dope beat on this jam, I also loved the vixens who were featured in the video. They were twerking like they really mean business, don’t they though?

Listen to Ringa below and tell us what you think.

Most Interesting Throwback Photos Of Kenyan Celebrities Of All Time