Zari Hassan has unfortunately crucified individuals after failing to introduce King Bae’s face to the world.

So now what curious fans are doing, is pointing out anyone who they think would possibly fail on King Bae’s search list.

Among the victims of the world’s most searched man, is Zari’s manager who hails from South Africa just like her Mr M. 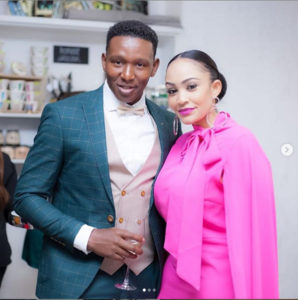 Recently, Zari uploaded a face-off photo of King Bae, confessing how much she misses him. Unfortunately, her manager, who was present with her at the event, had exactly the same clad that Zari’s King Bae had too.

Definitely, the conclusion was that Zari is dating her (Brooklyn) manager, Galston Anthony. Something brought to light as the month of September kicked in. 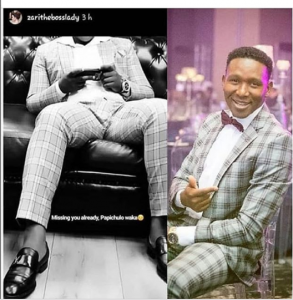 The sad part however is, Zari’s manager, Galston is married to a woman, namely Nandi with whom he has a child.

To defend himself from the rumor gang, Galston shared a photo holding his wife closely captioning: 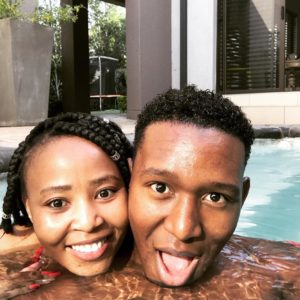 Zari’s manager and his wife, Nandi

But to confirm his royalty to the Boss Lady – the woman with amazing humility and incredible intelligence, his dear friend and someone he will always stand by – he penned:

Ladies and gentlemen this is @zarithebosslady the boss lady. The most colossal women in the continent of Africa and I happen to be the brand manager. This is a woman that has build beyond many have ever done, and many have tried to destroy her but here she still stands and conquers. A woman with amazing humility and incredible intelligence. She has now reach 6 Million follows. she is also my dear friend and someone I will stand by. I will go to war with this women. Next to my mother, sister and wife she is by the far the most amazing woman. When she is in your presence do as I do and show ur obeisance. Royalty indeed. #bosslady

Previously, he showered the aging mother of 5 with praise expressing:

There is no doubt that @zarithebosslady is an amazing women. To many she is the Bosslady I’m to her a manager. But to me she is much more than that, our friendship is deep and share camaraderie, a bigger sister to me although I act like the older brother most of the time 😝 our friendship is deep and goes way past money. It’s has always been about building each other and trust. #Shoutout to the #Bosslady for be my #sister and the biggest #Boss thus far. Also a big shout to @therealphatjoe for the invite, as always on the airway u are 🔥 . #friendship #manager #teamzari 📸 @accessfilms

Why Many Nairobi Ladies Will Remain Single And Miserable